Before Afrika Bambaataa sampled Kraftwerk, before Dylan wove other artists’ lines into his own, and before Vanilla Ice defended himself against stealing a riff he most certainly stole, musicians—and artists at large—have been lifting, referencing, developing, and reshaping preexisting work for about as old as art is. Ezra Pound’s famous Modernist mantra, “make it new,” is itself adapted from a historical Chinese anecdote going back to the Shang Dynasty. And as the examples above show (Ice Ice Baby not withstanding), borrowing is not symptomatic of an imaginative dearth, but rather the true foundation of novel creation.

If the Vermont Symphony Orchestra’s audience on Saturday recognizes the theme of Joseph Haydn’s Symphony No. 88′s second movement, they may be thinking of the opening of the Countess’ aria, Porgi amor, in Mozart’s Marriage of Figaro, or perhaps they know it from Gluck’s Orfeo ed Euridice.

According to undated New York Philharmonic program notes, the theme is an 18th Century cliche that Haydn rethinks with jagged rests and a slow, sweeping sway, making it utterly the composer’s own. Elsewhere, in the Allegro movement, Haydn monkeys with rondo, imbuing it  with a touch of sonata form and style to develop his own, less mechanical take on a traditional refrain.

The trumpets and timpani in this symphony, however mellifluous they may sound now, were alarmingly unique at the time, though Haydn wasn’t the first to embrace this particular disruption in the compositional status quo. Because natural trumpets only had two keys in which they were deemed effective, C and D, symphonies in G generally forewent the horn. They were also uncommon in concert with timpani in slow movements of any key. Mozart used them in his 1783 Linz symphony, and Haydn’s brother, Michael, used them in the slow movement of his Orchestral Serenade. Haydn likely knew of these pieces, his Paris audience likely did not. Regardless, the surprise was regaled for its modernity and, paying the tribute forward, the movement is said to be have inspired Brahm’s Symphony No. 9. 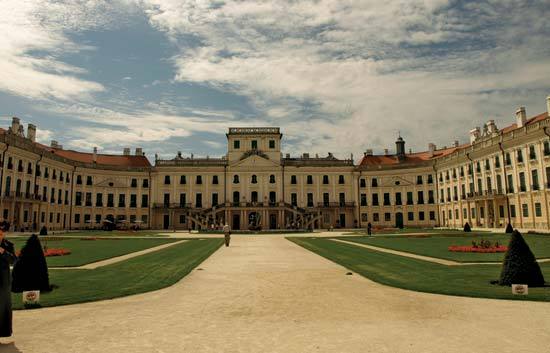 Haydn didn’t always need to look far for source material. As court musician at Esterháza, his works often fared one-time-only fates, and according to Haydn scholar Mike McCaffrey, it’s likely that the composer repurposed himself now and again.

“If King Ferdinand of Naples happened to Paris in 1788 and stopped in at the Concerts Spirituel for the matinee,” McCaffrey writes, “he might have been a bit surprised to hear the newest Haydn creation gracing the stage: half of the movements were from his own Concerto No. 5 for two Lira organizzate! Not a note-for-note duplication, but an adaptation, certainly.”

Nearly a century and a half later, near Geneva, Igor Stravinsky composed one of his two chamber concertos, the Concerto in E-flat, commissioned by Washington DC philanthropists Robert Woods and Mildred Barnes Bliss to celebrate their 30th wedding anniversary. When Mildred proposed the piece be called the Dumbarton Oaks Concerto, after her and her husband’s massive estate and gardens, Stravinsky’s publisher, Willy Strecker, told the composer, “Frankly, I do not like the title Dumbarton Oaks Concerto…No one outside of America will understand the designation or be able to pronounce it, and stupid remarks may even be made about the name, since it resembles duck or frog sounds in French and German pronunciation.” 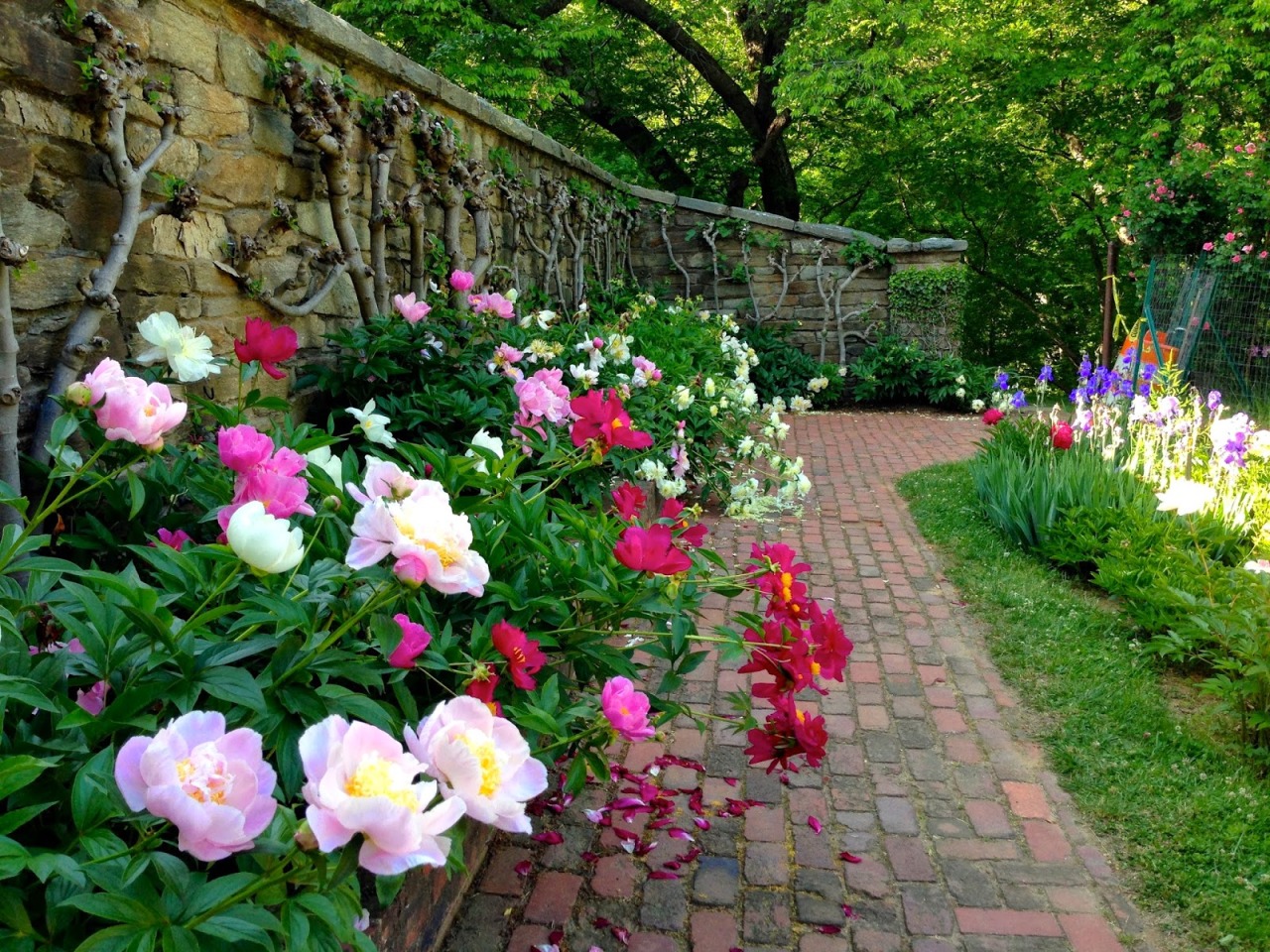 While Strecker heard stupid pond animal noises in its title, others heard something else entirely in its composition, put there purposefully by its composer.

Stravinsky had already become a celebrity ten years prior with The Rite of Spring and, in his neo-classical period, was looking ahead by looking behind. Rather than plunge wildly into the void of his psyche, he would write a “little concerto in the style of the Brandenburg Concertos."

For Stravinsky, the past was “the epiphany through which the whole of my late work became possible.” He played Bach regularly while writing the concerto, and, according to Steven Ledbetter’s program notes for a 1973 Seiji Ozawa-conducted performance of the concerto by the Boston Symphony Orchestra, didn’t think Bach would have begrudged him “the loan of these ideas and materials, as borrowing, in this way was something he liked to do himself.”

Dumbarton Oaks’ first movement (Tempo giusto) evokes a pastiche of the opening movements of the first, second, third, and fifth of Bach’s Brandenburg Concertos. Despite the obvious ode, Ledbetter celebrates the piece’s “bustling rhythms, inspired by Baroque ‘beat-marking’ patterns,” which “become entirely Stravinskyan in their flexible irregularity.” In addition to Bach, the garden structures of Dumbarton Oaks, which Stravinsky visited ahead of turning to his work, reputedly make cameos in the piece as well.

Closing out the VSO’s performance on Saturday is Robert Schumann’s Symphony No. 2, in C major. The piece is notable—like the Haydn symphony—for its unusual use of brass and timpani as melodic vehicles.

“Drums and trumpets in C have been blaring in my head,” Schumann said ahead of the symphony’s composition, “I have no idea what will come of it.”

While simple in its orchestration, the second symphony requires a great deal of dexterity from the orchestra in order for the brass not to bulldoze the woodwinds. And though not particularly ornate, Schumann is cited for making new in this symphony what Beethoven had done with his ninth symphony, cycling motives from the opening back throughout to expand and explore each one, essentially borrowing from itself to develop a novel sound in the work’s Romantic context.

Defending Schumann’s simplistic style in a 1953 analysis of the second symphony, Leonard Bernstein praises the composer’s “great gifts: the inspired lyricism that soars out of his best works, the uncanny stream of newnesses that succeed each other in such profusion, the warmth, the singing tides, the rhythmic ingenuities, and the daring experimentalism.”

Thanks to Schumann, Stravinsky, Haydn, and—why not—the Ice Man, those ancient and uncanny streams of newnesses are well-stocked today. 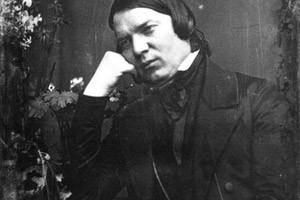 Flynn First-Timer Hops on the Bus

Voyages: Herbie Hancock at the Flynn
Please wait while we retrieve your events.