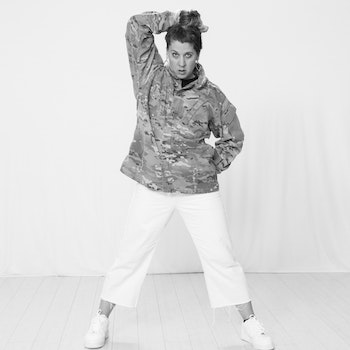 Rose, owner of 2inspire Dance, is a dancer, choreographer, and coach who is well-known for her work with teaching artistry, confidence and expression through dance. She has danced in several Vermont based companies and stays current with taking master classes from the industry’s top choreographers while attending annual accredited workshops and conferences. 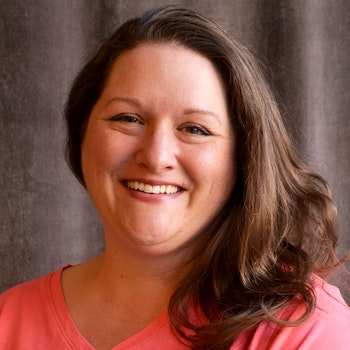 Jen has a B.A. in Music Education from Saint Michael's College and is a longtime music teacher, working both privately and in schools in Bennington, Newport, Danville, Hinesburg, Essex, and Jericho, VT. She has been the Vocal Coach/Musical Director for many musical theater productions during her career, most recently at EHS, CVU, MMU, and here at The Flynn. A life-long Vermonter, Jen currently lives in Jericho with her husband, Chris, and children, Sam and Caleigh. 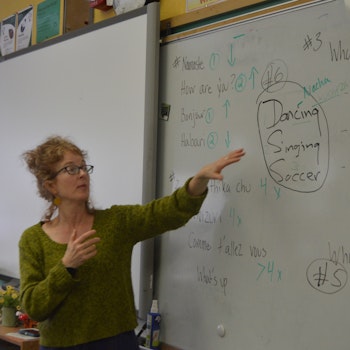 Tracy teaches young children around the state as well as through the Flynn’s signature Words Come Alive school program. She studied dance at NYU’s Tisch School of the Arts and is artistic director of Phantom Theater, creating original works in dance, theater, and music. 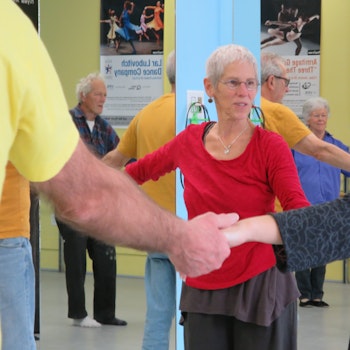 Sara has been involved in the research, teaching, performing of movement as a form of artistic and personal development for the past 40 years. Her teaching approach draws from elements of Bartenieff Fundamentals, Body-Mind Centering, basic principles of anatomy and kinesiology, and improvisational and modern dance techniques. She has extensive training in Modern Dance, Body Mind Dancing, and is a Dance for PD® certified teacher. 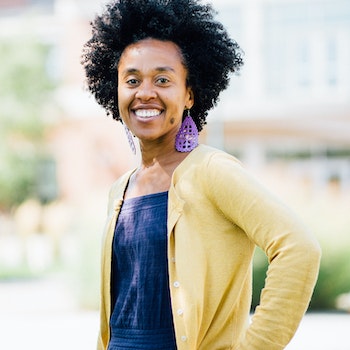 As the owner of All Heart Inspirations, Ferene creates heart-centered spaces through workshops, community engagements, culinary art, and more! Through storytelling, she aspires to make a collective difference within our local community and beyond one story at a time. We all have stories worthy of telling. What’s yours?! Learn more about Ferene and upcoming offerings on her website. 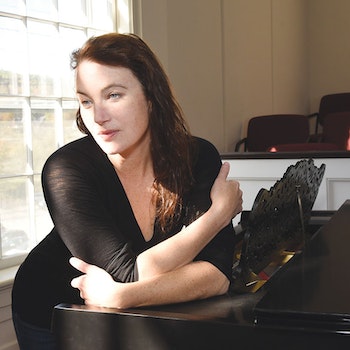 Taryn works throughout Central Vermont as a stage director, choreographer, actor and vocalist.  She attended the Circle in The Square Theatre School in Manhattan and also trained in the Ballroom and Latin dances while living in New York.  Originally from Toronto, Canada, she began her movement life training as a Rhythmic Gymnast and she credits and thanks her parents for urging her in that direction.

Elisa has been seen on Broadway (42nd Street, Finian's Rainbow,  110 In The Shade, Beauty and the Beast) and regional theaters throughout the country, as well as on television in the Late Show With David Letterman, Good Morning America, the TONY Awards, and Person of Interest. Her choreography includes The Who’s Tommy and Guys and Dolls at Alpine Theatre Project, Oklahoma at Seton Hall University, and Thoroughly Modern Milly at Ocean Professional Theater Company, to name a few.  As a teaching artist, she has been on faculty at American Musical and Dramatic Academy (NYC Campus), Paper Mill Playhouse and NJPAC, and taught classes at STEPS, BDC and CAP21. 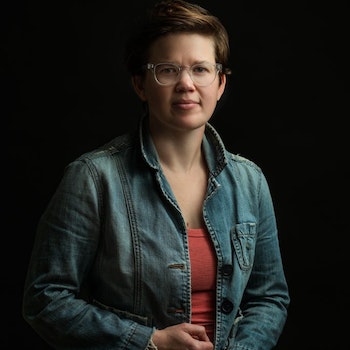 Tracy is a playwright, screenwriter, and educator. Her plays have been performed with theater companies across the country in Minneapolis, Montreal, Seattle, and Plattsburgh.  Tracy received her M.F.A. from Goddard College and has trained as a teaching artist with ACT Theatre, Arts for Equity Institute with the Flynn Center for Performing Arts & The Clemmons Family Farm, Seattle Arts & Lectures, and more. Tracy currently teaches in the Education Department with Flynn Center for the Performing Arts as well as Vermont Stage’s Young Playwrights Program. 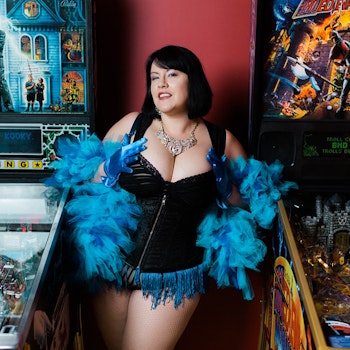 Doctor Vu is a Sugar Shaker and producer with the Green Mountain Cabaret, where she has made audiences stop blinking since 2012. Trained in mask work and physicality, she acted and worked behind the scenes for several years in stage-based theatrical productions, Commedia dell'Arte, and Interactive Theatre prior to starting her burlesque career. She enjoys teaching fitness dance classes, burlesque bachelorette parties, and burlesque workshops. When not dancing with the Green Mountain Cabaret, Doctor Vu's performed as a soloist in New England, including multiple years at both The Great Burlesque Expo and The Vermont Burlesque Festival. 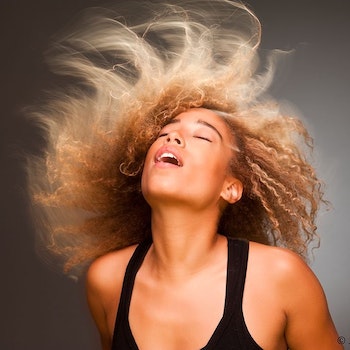 Singer/songwriter Myra Flynn's sound blend soulful vocals with a lyrical delivery that doesn't let one get too comfortable. As the New England Deli Magazine puts it, "Her vocal influences have as much in common with Ani Difranco and Shawn Colvin as they do with Rihanna and Jill Scott." She has toured the United States countless times, sharing stages with Ivan Neville (Dumpstaphunk), Mike Gordon (Phish) , Gabrielle Gordon (Natalie Merchant), Sonya Kitchell, Rayvon, Res, Alexa Ray Joel, Slick Rick, Anais Mitchell, and Lee “Scratch” Perry. 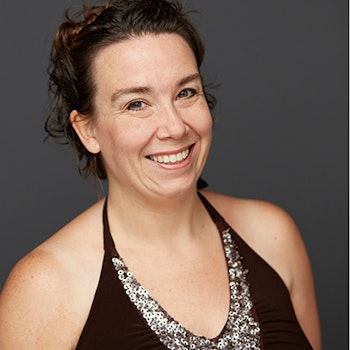 Alison is director of Green Mountain Music Together and an accomplished teacher of family music. At schools for the blind and for children with cerebral palsy, Alison used music as a tool for instruction, motivation, and therapy. A classically-trained musician, she also solos with professional choirs. 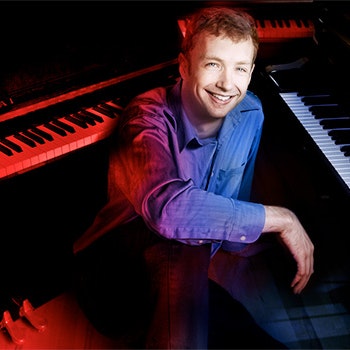 Marisa is an actor, director, and playwright with a bachelors in Theater Arts and Spanish and a masters in Arts Administration. She is the Manager of the Fine Arts Center and Soundings Program at Castleton University in Castleton, Vermont. She has been teaching theater across the North East for six years, and has a great love for Shakespeare. One of her favorite roles has been Kate in The Taming of the Shrew (Boot and Buskin). Favorite directing credits include Big Fish (SPARE Productions) and an all female version of Macbeth (Boot and Buskin). Marisa was recently nominated for best supporting actress in Puffs (Rarely Done Productions) for the Broadway World Regional Theater Awards, and has two cats named after Shakespeare characters. 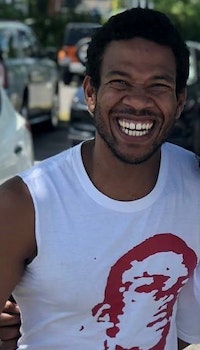 Fábio Pereira Nascimento, aka Professor Fuá, is from the city of São Paulo, Brazil. Fabio began formal capoeira training in1988 with Mestre Canceira, and graduated to Professor in 2008 under the tutelage of Mestre Aberrê. Fuá studied Physical Education at the University Cruzeiro do Sul, Brazil. During all these years, Fuá trained 4 to 5 days a week, taught and performed in a variety of venues, including Canceira’s and Aberrê’s academies, cultural centers, clubs, public and private schools, prisons, colleges, and NGOs.

Through capoeira, Fuá had the opportunity to experience the art’s transformative power, the different realities of socio-economic classes, and capoeira’s ability to empower individuals and unify and communities.

In 2009 Fuá moved to Vermont with the goal of learning English. He founded the Jagube Capoeira Group. Pursued a BA in Early Childhood Education and Capoeira Studies from Goddard College, VT; where he created the Jagube Capoeira Method: Capoeira as Cultural Competence Builder. This method pairs the Capoeira’s traditions with theories of oppression, anthropological, scientific, philosophical, religious studies, history, and gender studies as methods for analysis of one’s reflexive cultural behavior.

Fuá has led the Jagube Capoeira Group, along with school and college classes, residencies, and workshops throughout Vermont, New Hampshire, and Quebec. He has taught a 3-credit diversity class called, Capoeira and Embodied Knowledge, for the past six years at the University of Vermont. He is currently a speaker at the Global Leadership Program at the Dartmouth College. 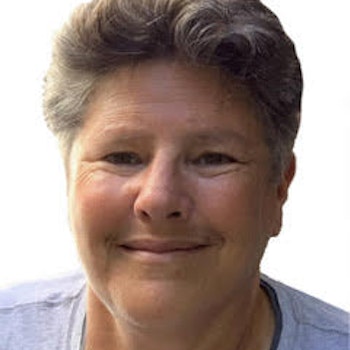 Alison is originally  from London England, having lived in Vermont for some 25 years.  She works as a social worker with transitional age youth by day, and by night is  a screen printer, a documentary filmmaker and activist.  Alison believes that understanding where we come from and telling our own stories can  give us the strength to stand solidly with both feet on the ground and find our place in the world. Since the start of the pandemic, Alison has been producing videos in 11 different languages for folks with limited english proficiency on all things covid related. 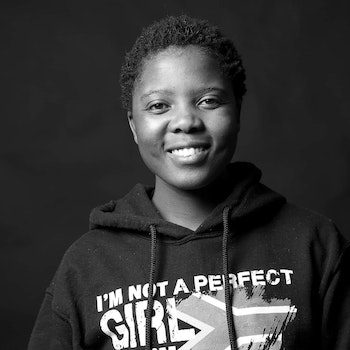 Bonisiwe is a South African born Teacher, Dancer and Student. She grew up dancing, listening to all kinds music. She loves all forms of community dancing - dancing in a circle and line dances, and dancing in groups and in public events. In Burlington, Vermont, she has become social dancer, a community dancer and a dance teacher. She continues to be part of small dance projects around town with local artists, recently Kerubo and A2VT. She has choreographed and danced at Saint Michael’s College Fashion Show. She has taught dance at schools,  afterschool programs and at the Flynn, as well as at private gatherings. She a well-known dancer within the Latin Social Dance Community and on social media platforms.