Not Just a Stage

This article was commissioned and paid for by Pomerleau Real Estate and published in Seven Days on April 8, 2020.

The nonprofit organization that runs the Flynn had to lay off 90 percent of its workforce, according to Kevin Titterton, director of marketing and communications. That includes the stage crew, box office staff and numerous arts educators; the organization hopes to bring many of them back once performances resume. “It’s a little grim right now, to be honest,” he said in a phone interview.

One source of comfort: The Flynn has overcome adversity, including two destructive floods, before. As we all stay home contemplating what our post-pandemic lives will look like, it’s helpful to consider how the renowned cultural center—now a 1,411-seat theater, a 180-seat cabaret space, an art gallery, two education studios and a wide variety of educational programs for Vermont students—came to be.

Opened in 1930, the Flynn initially hosted vaudeville acts and what its first souvenir program called “sound pictures.” According to that program, the Flynn was richly appointed: “Luxurious carpets of deep pile, into which footsteps sink … Terrazzo, inlaid with brass strips, covers the floors of the lobby and men’s smoking room.”

By the 1970s, though, its glamour had faded. The Flynn had become a down-at-the-heels movie theater showing “adult” films. “Tawdry” is the adjective former executive director Andrea Rogers used to describe it at that point.

The effort to restore and improve the downtown landmark came from the all-volunteer Lyric Theatre, which had begun producing shows on the Flynn’s neglected main stage in 1974. The University of Vermont donated its expertise in historic preservation; the funding came largely from local businesses. When the nonprofit Flynn Theatre for the Performing Arts was formed in 1980 to buy the building, lawyer John Gravel was chair of the board; Ernest Pomerleau of Pomerleau Real Estate was vice chair. In addition to their own contributions, they leveraged a game-changing donation of $150,000 from IBM.

LOCAL PEOPLE AND BUSINESSES WILL RALLY TO RESURRECT THE FLYNN—NOT NATIONAL RETAILERS LIKE WALMART OR AMAZON.

On September 26, 1981, the Flynn hosted an opening gala featuring performances by the Vermont Symphony Orchestra, the Ketch Dance Company and Lyric Theatre. The event program listed donors large and small, along with the members of at least a dozen volunteer committees. And it was packed with ads from local businesses—Pizzagalli Construction, Expressions, Michael Kehoe, the Rusty Scuffer, Lake Champlain Ferries, the Shoe Horn, Nan Patrick, Champlain Cable Corp., Nectar’s.

In the same program, Rogers acknowledged the “exciting moment, this rebirth” while preparing the local audience for improvements still to come: “The marquee and the front entrance have been lovingly painted and restored, and we’ve brought in lots of props to make the lobbies look and feel elegant. But the performers still have no dressing rooms, no bathrooms, no proper lighting, and the technical crews are working with 1930s rigging.”

That dream had to be delayed longer than expected. Just a few months after the opening, on a cold January night in 1982, the building’s boiler failed, triggering the sprinkler system. Rogers rushed to the scene early the next morning. “When we went into the theater, there was water in the orchestra pit, water raining down from the beautiful light fixtures,” she recalled.

It was a major setback, for sure, and cruelly timed. But the local community rallied. People who had already given generously to the restoration eff ort reached back into their pockets—and hearts—to donate money and time to make the needed improvements. Two months after the damage, the Vienna Boys Choir performed to a sold-out crowd. It was the first of many shows that have moved Vermont audiences to their feet and put the state on the cultural map. Rogers led the organization until she retired in 2010. 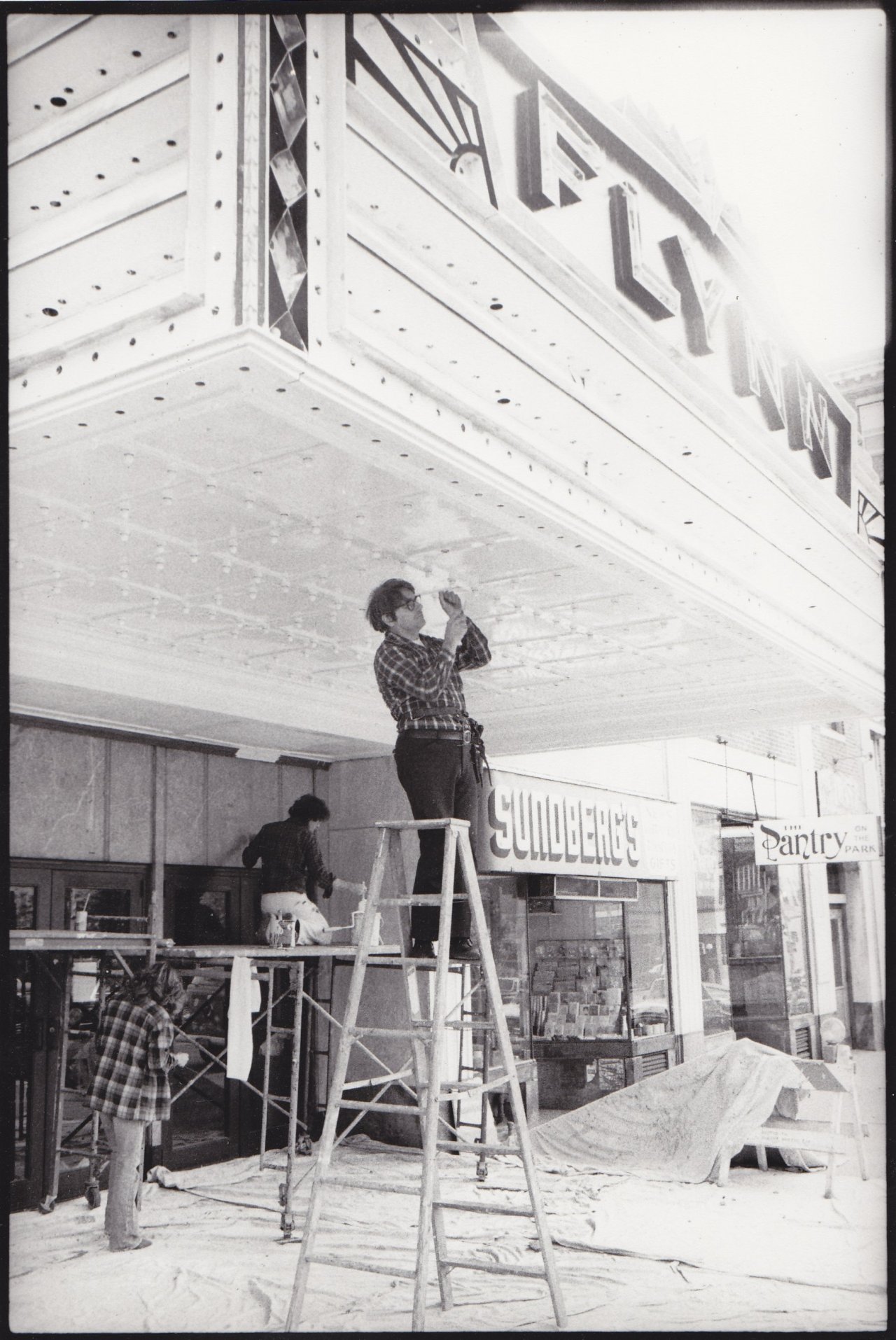 Restoring the Flynn’s marquee in the 1980s

Her successor, John Killacky, stayed for eight years; he’s now in the Vermont legislature representing South Burlington. What Killacky loved most was seeing schoolchildren visit for student matinees, “especially the little ones, their little heads just poking over the tops of the seats.” He remembered watching a pair of students walking up the aisle on their way out of a show. “Those were real live people up there,” one said to the other. “I thought, ‘That person’s world has just been changed by the Flynn,’” he said.

TO ME, THE ARTS ARE WHERE HOPE LIVES.
John Killacky, former Flynn Center executive director

Those young people sometimes return. Killacky recalled watching Grace Potter perform in October 2011 for “Goodnight Irene: A Flood Benefit.” The Waitsfield native told the audience she attended shows at Flynn as a child and imagined herself up on the stage someday. “She said, ‘I’m so glad to be able to be here and to give back,’” Killacky recalled.

That same giving spirit will help Vermonters get through this hard time. Local people and businesses will rally to resurrect the Flynn—not national retailers like Walmart or Amazon.

It’s vital work, according to Killacky.

“To me,” he said, “the arts are where hope lives. For 90 years, the Flynn has delivered inspiration to millions of Vermonters. I can’t wait for the lights to go on again.” 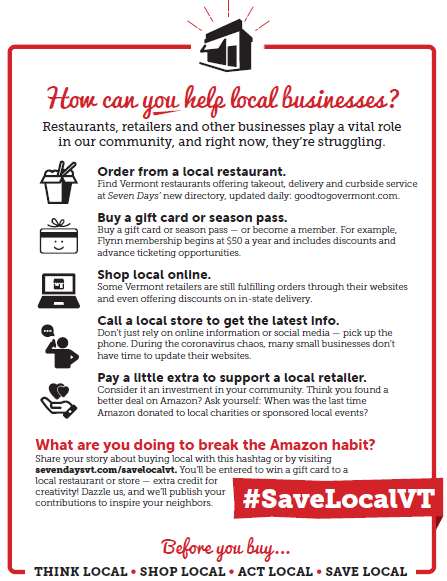 A Message to Flynn Ticket Holders for Shows through May 31

A Declaration & Affirmation of Love for Black Men and Boys.
Please wait while we retrieve your events.