Promoting Equity and Social Justice at the Flynn: An Interview with Wanda Heading-Grant

“I’ve always been familiar with the Flynn in terms of it being this theater, this place, this space,” says Wanda Heading-Grant, Vice President of Human Resources, Diversity, and Multicultural Affairs at UVM, “but I never expected I’d become so intimately involved.”

Heading-Grant’s history with the Flynn goes back many years and has cycled through several phases: she was chair/coordinator/performer at the annual Gospel Fest, which was held at the Flynn for a number of years; she served on the Flynn board; and she now oversees key collaborative projects between UVM and the Flynn.

“When I became chief diversity officer, the university had a relationship with the Flynn called the UVM Diversity Partnership, and I took that over,” she says. This program offers discounted tickets for students, faculty, and staff for a selection of shows each season, handpicked by Heading-Grant from the Flynn season. “I want to be able to open the doors to faculty, staff, and students who enjoy the arts, as well as those who have never been introduced to it, and use the arts to tell a story around social justice and equity.”

This partnership parlayed into another venture, in conjunction with UVM’s annual Martin Luther King, Jr. Education and Learning Series, held each January. “We started working with the Flynn to really choose presentations that complement what we are doing for MLK. That partnership and that connection has been phenomenal.”

This year’s performance is Damien Sneed’s We Shall Overcome on Wednesday, January 22. Showcasing a repertoire of African-American music traditions that electrified generations of civil rights activists, this production ties together traditional and modern gospel, classical, jazz, Broadway, and spirituals, all interwoven with excerpts from Dr. King’s speeches. “We want the audience taken to a space where they can reflect, dream, think, be inspired, or encouraged by the message that’s being given around Dr. King’s legacies and principles.” She also wants these events to be catalysts, for people to feel like “they got something that they didn’t know, hadn’t heard before, or they got clarity. They can take it and apply it to their life and to their work out in our world.” 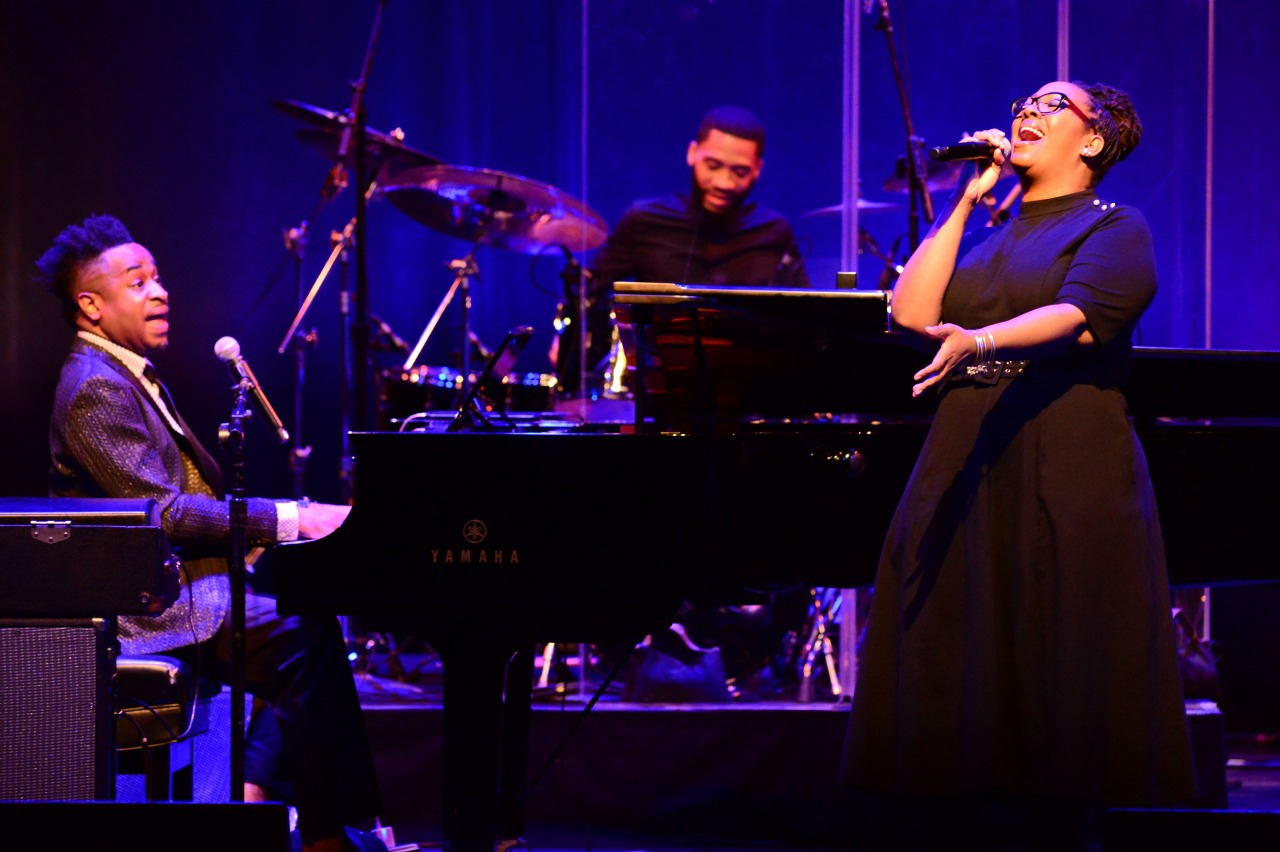 Damien Sneed performs We Shall Overcome, a tribute to Martin Luther King, Jr.,  on the Flynn Main Stage on January 22

Heading-Grant has steered many attention-grabbing changes at UVM, but she cites two accomplishments in particular that stand out. The first is the Blackboard Jungle Symposium, a professional development program going into its 13th year that has expanded exponentially—in scope and participation. “It became a lot about having courageous conversation, navigating conversations in the classroom; it became about curriculum transformation,” she says. “And we try to make it a community affair; to get people pumped up and inspired.” Secondly, Heading-Grant speaks passionately about her involvement in the creation of the Andrew Harris Commons at UVM, dedicated in 2018 to the university’s first African-American graduate. “That Andrew Harris Commons is like a legacy,” she says, “I’m really happy to be able to be part of the creation of this space for a man who, if you’re familiar with Ralph Ellison’s book Invisible Man, that’s what I think of Andrew Harris. He wasn’t seen as a person when he was here, and part of this journey that I and others are taking around him is to make sure he’s visible, that he’s seen.”

Addressing these topics in Vermont can be challenging, but when Heading-Grant goes to conferences around the country, her peers are often shocked at the level of engagement—“‘In that predominantly white place?’” she mimics, with a laugh. Originally from New Jersey, with extended family in the South, she emphasizes that “lots of other places that are more physically diverse, visibly diverse, are not having the conversations we’re having.” The challenge, she notes, is that “sometimes they’re not as productive because people aren’t skilled at having them, but even in those instances, somebody’s actually trying; so they need to work on making sure they are productive conversations.”

Pinpointing the Flynn’s role in leading conversations around race, religion, ethnicity, gender orientation, and beyond, she stresses the importance of continuing to put in the hard work as a prominent community institution—to not just be good, but to do good. Heading-Grant wants the Flynn “to be an entity where folks can get educated, get informed, but where people can also smile and create memories with their families and friends because they chose an evening at the Flynn. The Flynn has been a valuable partner in getting across the shared vision for unity and equity.”

Star Trek: A Love Story
Please wait while we retrieve your events.