Carlos Santana is more succinct than I’ll be, but he gets to the heart of the matter when he says, “Charles Lloyd is an international treasure.” True enough. The 81-year-old jazz saxophone legend has impacted American music in a variety of delightful ways. He brings his stellar band of virtuosos, The Marvels, and the great American roots singer/songwriter Lucinda Williams to the Flynn for what will be a season highlight, as well as a show that will whet the appetite for the Burlington Discover Jazz Festival in June.

Obviously, an artist like Lloyd attracts top talent, and The Marvels is an astonishing aggregation of A-list players. Guitarist Bill Frisell is one of the most influential players on his instrument, a leader in his own right. Drummer Eric Harland and bassist Ruben Rogers comprise one of the top rhythm teams in jazz.

And then there’s Lucinda Williams, one of the great songwriters of her generation, whose masterpiece Car Wheels on a Gravel Road assures that people will talk about her long after she’s gone. 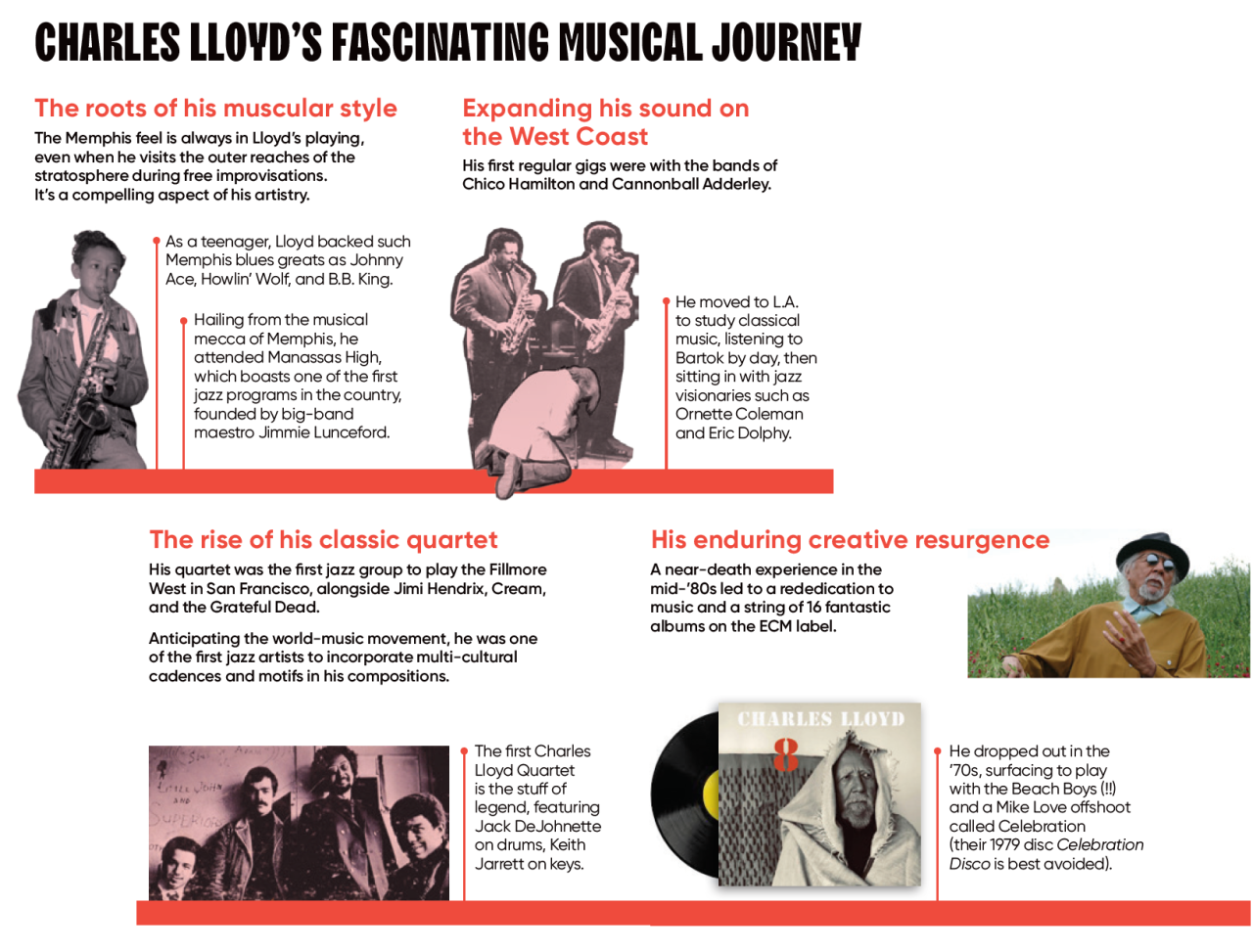 Still, at first glance, roots-rock and improvisational jazz do not seem like the most perfect bedfellows. Yet the album Vanished Gardens belies that impression, as the musicians continually find common ground on a deep, soulful level within music that defies easy categorization. Rather than limiting either artist, their collaboration seems to set them free. Word has it the live performances reach levels only hinted at in the recording.

“I think it was fated to be, because Southern crossroads met,” Lloyd explained. “It was a coming-together of two different forces, and a third force happened.” 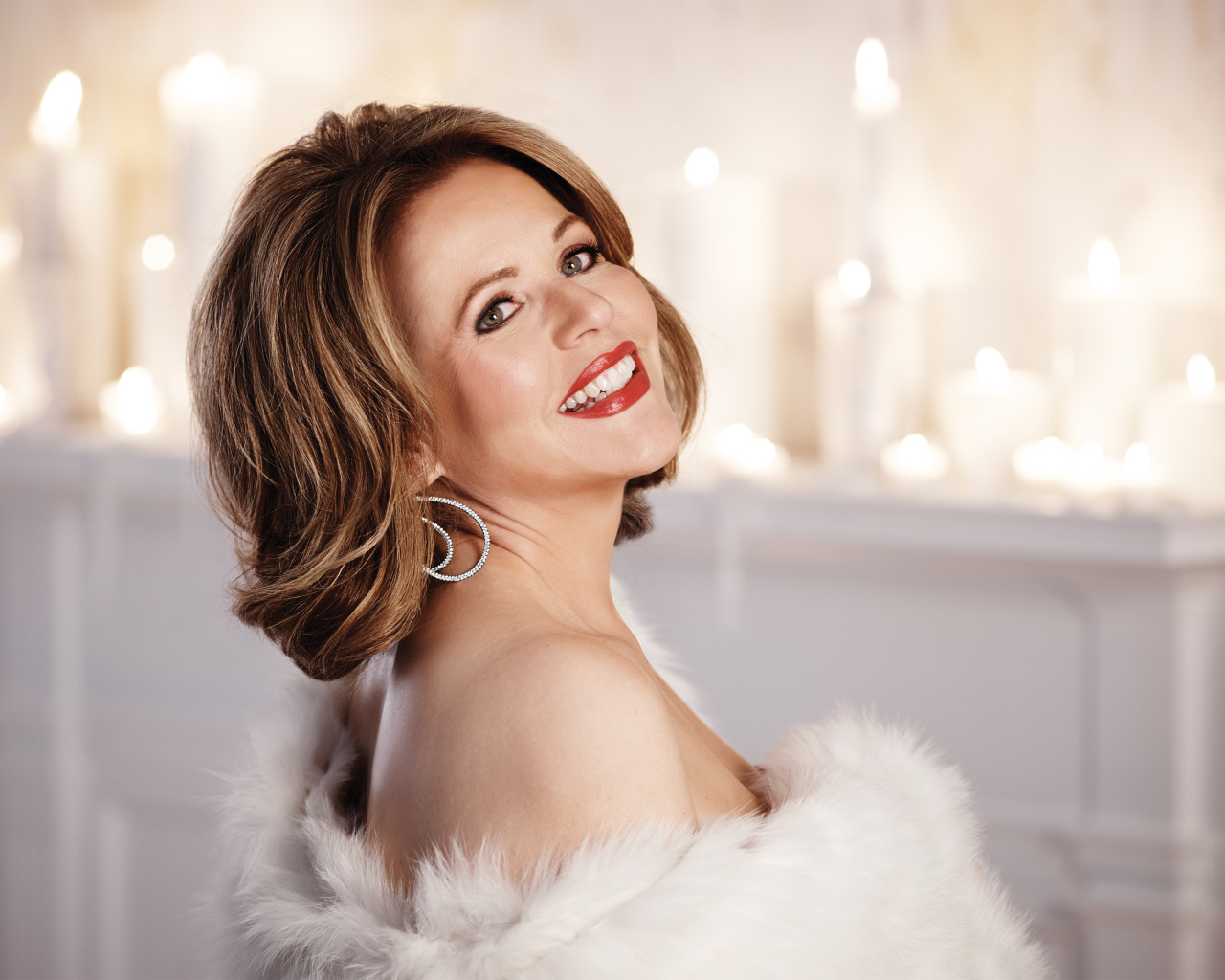 Renée Fleming is, quite simply, one of the great singers of any kind of music anywhere in the world. She resides at that unique intersection of technique, talent, soul, and artistry. There are few pleasures as pure and intimate as seeing her sing in recital with just a piano behind her.

I first saw her sing at a 400-seat recital hall in Atlanta some years ago. It remains one of the most indelible performances I’ve ever seen. Every note, every gesture, every breath seemed weighted with emotion and importance. When she concluded the last of Strauss’ Four Last Songs, I expected her to take flight and ascend to her home in the clouds.

Every casual opera fan knows her name, as she has sung in all the major concert halls and opera houses worldwide. She’s the only classical singer to have sung the National Anthem prior to the Super Bowl. She killed it. She’s also performed at the Nobel Peace Prize, the 9/11 Commemoration, the Beijing Olympics, the 2012 Obama Inauguration, and the funeral of John McCain. She was awarded the National Medal of Arts in 2012.

Her recital at the Flynn marks her first-ever visit to Vermont to perform, so I am totally unclear why anyone would choose to miss it.

While in town, she’ll also pursue another of her passions: arts education. As part of the Kennedy Center’s Sound Health initiative, Ms. Fleming created a program called Music and the Mind which explores the power of music as it relates to health and the brain. At the Flynn, she’ll host a presentation and panel discussion that will feature UVM’s Dr. James Hudziak, an expert on the correlation between music and brain development, particularly in children, and members of the Me2 Orchestra, the world’s only classical music organization created for individuals with mental illnesses and the people who support them.

At Shelburne Museum, Children Step Into the Past for a Better Future

Important Announcement about Coronavirus/Covid-19 and Upcoming Flynn Activities
Please wait while we retrieve your events.