What does it mean to be Indian in Vermont? What does it mean to be an Indigenous artist? Native identity finds expression in different ways with each generation. Since the State of Vermont recognized four Abenaki Tribes in 2011-12, Vermont’s Indigenous artists have embraced the right to identify their work as Indian art. The inspiration for Alnobak: Wearing Our Heritage emerged from a decade-long collaboration between Lake Champlain Maritime Museum (LCMM) and Vermont's Abenaki artists, community members, and tribal leaders.

“Identity is a negotiation between what others expect of you and what you expect of yourself,” says Frederick M. Wiseman, Ph. D., Abenaki scholar and activist, who has spent several decades gathering, interpreting, and reconstructing artwork, artifacts, images and traditions of the Abenaki throughout the Northeast. An essay by Dr. Wiseman will provide historical and interpretive context for the exhibition. In the quest to interpret Native art and culture from an Indigenous perspective, Vera Longtoe Sheehan has made the transition from community member and tradition-bearer to contemporary artist and curator – and founder of the Vermont Abenaki Artists Association. “Indigenous artists no longer need to choose between traditional and contemporary art forms,” she says. “Many of us practice both, and our contemporary art is informed by tradition.” Vera brings these multiple perspectives to the selection of works and images and to the exhibit text and proposed print-on-demand catalog.

In the Maine State Museum’s 2009 landmark exhibition, Uncommon Threads, co-curator Bruce Borque called Wobanaki textiles “one of North America’s most dynamic indigenous textile traditions,” and expressed concern that the “scattered, scarce and fragile” historical examples are slipping away. Historical images of Western Abenaki clothing are especially scarce, even through the mid-twentieth century, giving heightened significance to both the rare family photographs and the robust body of work by Vermont’s contemporary Abenaki artists that will be brought together in Alnobak: Wearing Our Heritage.

Background: In 2009, as the 400th anniversary of Samuel de Champlain’s visit was commemorated in the Champlain Valley, Vermont’s Abenaki people were immersed in their struggle for recognition. Amidst the Quadricentennial activities in Burlington, contemporary Abenaki artists and artisans presented a Fashion Show of replica garments and accessories in styles worn by their ancestors as far back as the Archaic period (ca. 7,000 – 1500 BC). The accomplishments and the frustrations of participating in the Champlain Quadricentennial gave rise to a new commitment to self-determination and self-expression among Vermont’s indigenous people.

Founded in 1986, Lake Champlain Maritime Museum (LCMM) respects the region’s Native people as experts in their own history with an important perspective on the management of the region’s cultural resources. In anticipation of the Champlain Quadricentennial, LCMM partnered with the Abenaki community in a project to honor Lake Champlain’s First Navigators. Since 2007, members of the Abenaki community have gathered annually at LCMM for an intertribal event, and have worked with LCMM staff to create and enhance the Museum’s interpretation of Indigenous history and culture. Director of Collections and Exhibits Eloise Beil, who received her MA in American Folk Culture from the Cooperstown Graduate Program, has worked closely with Vermont’s Abenaki community throughout this period, and also served as an independent scholar reviewing petitions for Recognition from two of Vermont’s Abenaki Tribes. Eloise is co-curator with Vera Longtoe Sheehan for Alnobak: Wearing Our Heritage.

Wearing Our Heritage proposes to bring before audiences in New England a group of objects and images that document the way in which garments and accessories that reflect Abenaki heritage have been and still are made and used to express Native identity. These objects are made and worn for self-affirmation, to affirm connections with family, clan, band and tribe, and to express identity within the geographical locale co-occupied with mainstream culture. We hope that this exhibition will encourage public engagement and understanding of some of the issues associated with Native identity and recognition, and evolving creative expression by members of a traditional culture.

The importance of clothing, accessories and regalia to Vermont’s Native people as an expression of personal and community identity is eloquently expressed by Francine Poitras-Jones, a Member of the Nulhegan Band of the Coosuk Abenaki Nation. On joining the Vermont Abenaki Artists Association in 2014, she wrote, “I have drawn and painted almost as long as I can remember. . . In addition to painting and making leather pouches, I make regalia. In 2014, I made my mother’s first regalia from her head (headband) to her toes (beaded moccasins), including her dance fan, dress, and shawl. She was 86 years old at the time and had never danced in the circle because she had never been allowed to speak of her heritage.”

There is a special sense of urgency in presenting this exhibit to audiences in Vermont, while it can be shared with members of the oldest generation of tradition bearers, as well as opening new creative horizons to the younger generations who can now express their heritage with a freedom undreamed of until now. 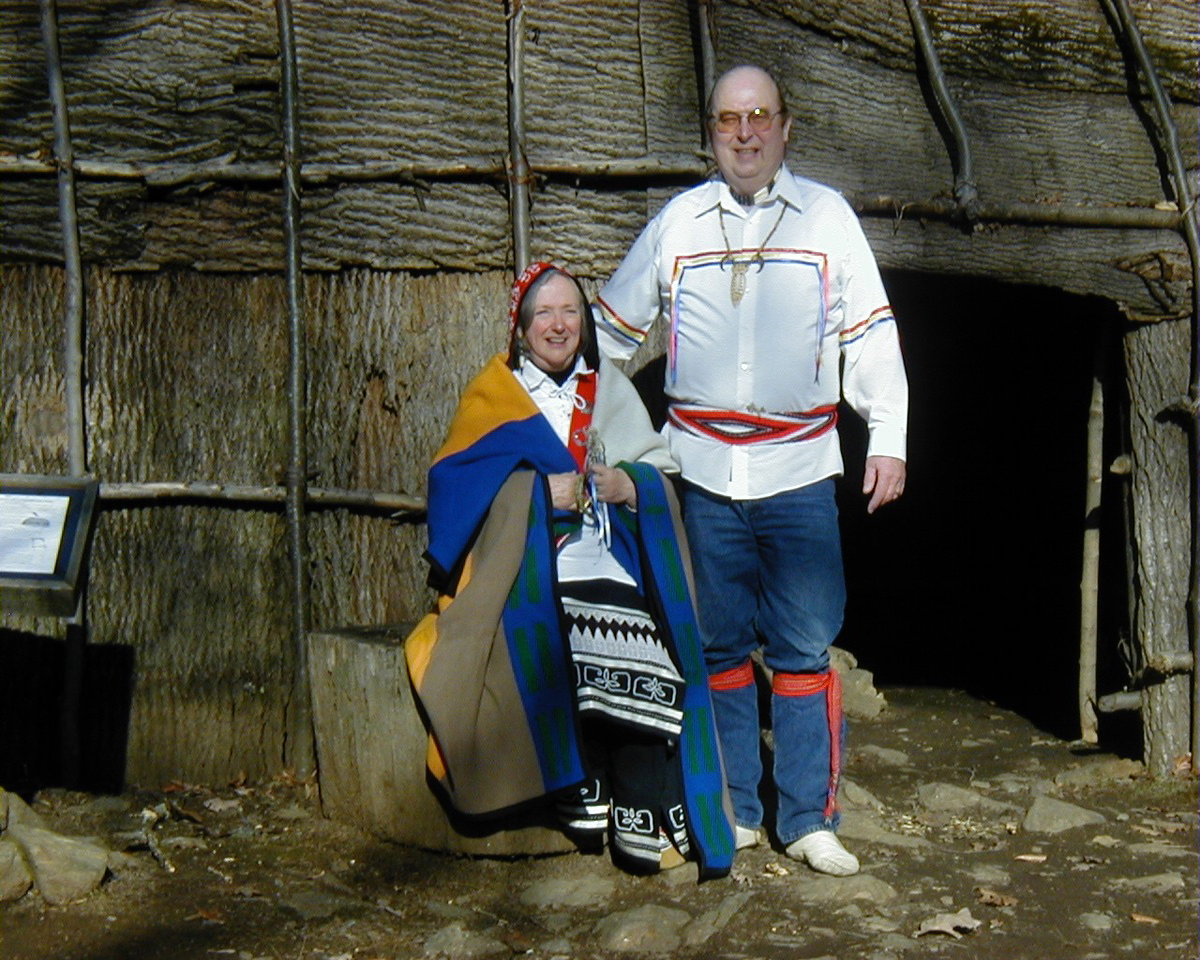 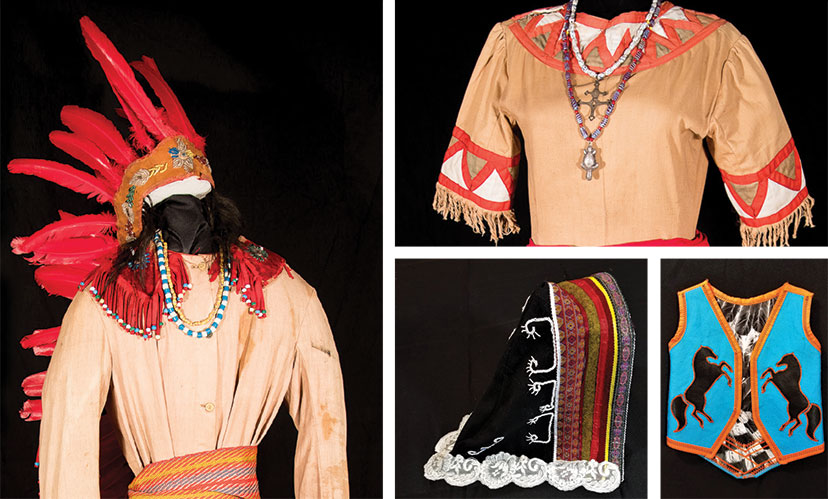 This exhibition is funded in part through support from the
Vermont Arts Council, Vermont Community Foundation, and the Surdna Foundation.