An art collection hidden in prison for years . . .

Jeremy MacKenzie is a Champlain College student who turned to his art—wood scrollwork—after being incarcerated at the Lee Adjustment Center in Beattyville, Kentucky, a private corporate facility run by Corrections Corp. of America, where inmates rioted and set fire to the facility in 2004. While in prison, serving a total of eight years for bank robbery and drug trafficking, MacKenzie drew the "blueprints" for the intricate carvings he planned to create upon his release. These drawings, comprised of many sheets of paper taped together, had to be kept secret or they would have been confiscated. He successfully kept the drawings hidden for years and began cutting his scrollwork following his release. MacKenzie documented his progress as he worked, which was done in a sweltering attic. MacKenzie is currently a full-time cinematography student at Champlain College.

Listen to the artist's story, Paying Homage to the Ramen Empire, a meaningful story from his time in prison.

Intersections, a performance piece on the subject of criminal justice reform based on actual letters from inmates and personal experiences working with people who are incarcerated, will be presented in Flynn Space on November 3 and 4. 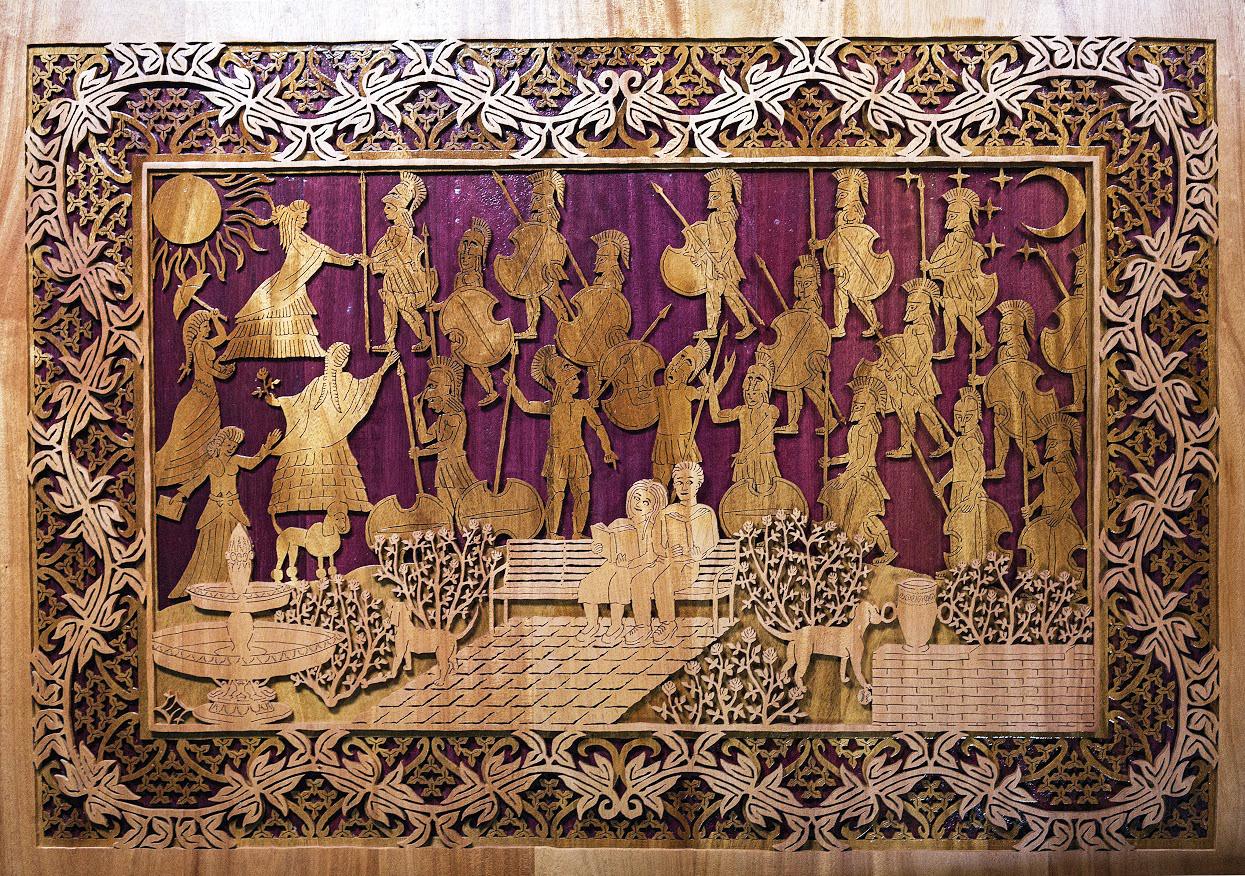 This exhibition is funded in part through support from the
Vermont Arts Council and Vermont Community Foundation.