Shock, Awe, and the Promised End

By Andrew Barnaby, Professor of English, University of Vermont

A preview of King Lear, performed by the Actors From the London Stage in FlynnSpace on March 28-30.

Shakespeare’s The True Chronicle History of the Life and Death of King Lear was published in quarto-version in London in 1608. Since its first recorded performance was on December 26, 1606 (a surprising choice for a Christmas entertainment), it apparently moved from stage to page relatively quickly. That fact would also suggest that it wasn’t particularly popular with its original audiences. A Shakespeare play typically was published only after his company, having decided not to perform it anymore, thought it might make some money from a print version. In short, the play most likely was in the company’s repertory for just over a year.

That initial lack of popularity was effectively repeated when the play was revived in 1681. But this was not Shakespeare’s play. Nahum Tate’s adaptation altered it to make it more acceptable to Restoration audiences. Among other changes, Tate removed the role of the Fool and, while retaining much of the play’s violence, created what amounts to a comic ending: Lear and Cordelia both survive, and an invented love-story between Cordelia and Edgar ends in their marriage. (With some variation, Tate’s version held the stage until 1838 when Shakespeare’s original was produced at Covent Garden.)

While the play’s infamous violence in many ways speaks to a modern audience weaned on the horrors of the 20th century, it is worth noting that so perceptive a reader as Samuel Johnson (he of dictionary fame) had reasons for preferring Tate’s play to Shakespeare’s. What especially stands out in Johnson’s criticism of Shakespeare’s version is his objection to the death of Cordelia, which he found both shocking and morally repugnant. (Johnson conceded that the death of Lear was not just expected but appropriate given the conventions of tragic storytelling: the title hero—sometimes accompanied by a heroine—must die.) We might think Johnson’s insistence on poetic justice (the innocent Cordelia shouldn’t die) a bit quaint. More to the point, from a different perspective one might reasonably conclude that without Cordelia’s death the play is not even a tragedy: Lear is an old man and his death, by itself, has very little of the sort of grandeur we associate with the deaths of Shakespeare’s other tragic protagonists. 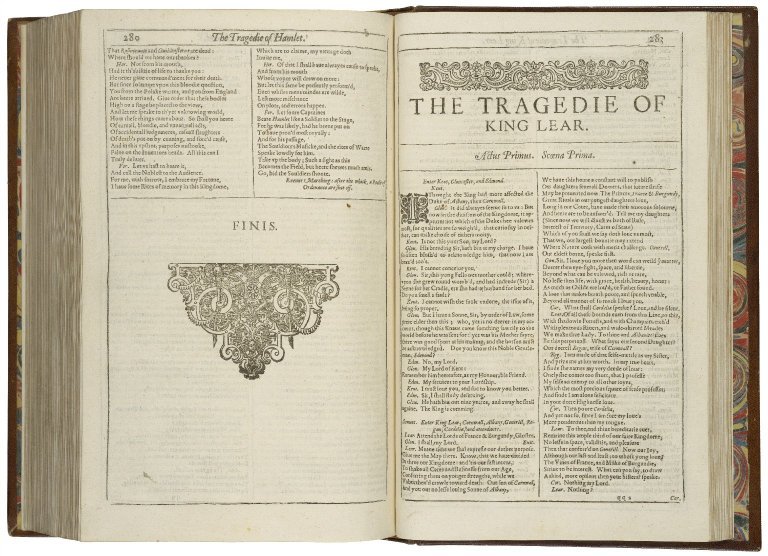 That said, it is part of Shakespeare’s genius to have seen in his source-material the makings of a tragedy. In Geoffrey of Monmouth’s 12th-century History of the Kings of Britain, Lear is exiled by the husbands of his two elder daughters; he goes to Cordelia who has married a ruler in Gaul (Shakespeare’s France); Cordelia then leads an invasion, defeats the armies of her sisters’ husbands, and restores her aging father to the throne. Lear reigns for three more years and, upon his death, Cordelia is crowned queen of the Britons. It may be that Shakespeare saw tragic potential in this virtue-rewarded story simply because he read further in Geoffrey’s account: Cordelia’s sisters’ sons rebel, defeat, and capture her; and, in grief, she commits suicide in prison. That said, we might agree with Johnson’s verdict that, from the vantage of the theatrically scaled-down story Shakespeare actually presents, the death of the innocent Cordelia is philosophically and ethically brutal. Even in context it shocks the consciences of the other characters because it appears so far outside any meaningful moral framework. But that seems to be precisely the point: the tragic quality of the story as Shakespeare imposed that on his source-material derives in large measure from a confrontation with something fundamentally irrational, a sort of existential absurdity.

From the perspective of its first four acts, even the most engaged reader or viewer would be hard pressed to anticipate where the play will finally take us. Those four acts are essentially framed as a folktale whose opening sentence might have read “Once upon a time, a man had three daughters.” This foolish man sets up a contest for his daughters in which each will receive a portion of his estate in proportion to how much she declares that she loves him. The two eldest daughters properly perform and are rewarded accordingly. But the youngest daughter, the one who truly loves her father, refuses to play the game. A folktale version would never explain why she refuses, and Shakespeare seems to appreciate the silence—whatever we may surmise, Cordelia never reveals why she won’t give Lear what he so obviously wants: a public declaration of love from her. (While Lear never explains his motive for setting up the contest in the first place, the most convincing answer is perhaps the simplest: he is an old man in denial of death; possessing the love of his beloved daughter—effectively forcing her forever to be his child and so not an adult, someone’s wife, or a mother to her own children—is a way of refusing to admit how close to death he is.) Because she won’t play the game, he banishes her and throws his lot in with the two elder daughters. As we would know from folktales, such a choice is a recipe for disaster.

And so, as folktale would have it, over the course of the story, the foolish man must learn his lesson before he can be reunited with the faithful daughter. In Act 2, he faces a series of humiliations (not all undeserved) at the hands of his daughters, Goneril and Regan. The full recognition of his mistake comes slowly and not without a share of deeper suffering: in Act 3, he rides out a stormy night in a hovel and in the company of two other characters (the Fool and Poor Tom) speaking half-articulate gibberish that reflects even as it comments on his own descent into madness. But as his sanity returns, he remorsefully realizes that his initial bargaining for love simply proved that he didn’t understand it: love is certainly not a commodity, not something you trade for (false) words. In this state, he must face the fact that two of his daughter don’t love him—perhaps never loved him—and his dawning awareness of his own culpability in this matter extends, if only briefly, to a sense that he has also failed as king: that he has “taken too little care” of the world over which he has ruled for so long. When at the end of Act 4 he begs Cordelia’s forgiveness and is then fully reunited with her we might be excused for thinking that the closing line of the Act—“the arbitrement [the upcoming battle] is like to be bloody”—is rather beside the point. All that is left of this folktale would be what the source-material had already laid out: Cordelia’s forces will win, the evil sisters will fall, and Lear will be restored to the throne, a throne to which his beloved daughter will eventually ascend. In short, a comic ending.

Up until the very end, we might think it will all work out. In the resolution to the play’s parallel plot, the good Edgar bests his bastard half-brother, Edmund. But with his dying words, Edmund reminds us of what we may have forgotten: that he didn’t just imprison the defeated Lear and Cordelia but also issued orders for their deaths. In one of the most terrifying dramatic spectacles of all time, Lear now returns with this stage direction: “with Cordelia dead in his arms.” Lear’s speech here is not particularly long, but it fully expresses the suffering of man who has just witnessed the murder of his beloved child and must face the fact that, at some level, it is his fault. Kent’s and Edgar’s shared line—“Is this the promised end? Or image of that horror?”—barely does justice to what we are seeing, which no doubt goes to the point: there is no justice here and, at the end, there is no promise and no obvious path to redemption.

The ending Shakespeare reshaped from his source is not unlike the situation described in the Book of Job, to which King Lear is often compared. And we might then say that Johnson was right though perhaps for a reason he himself could not fully understand: in criticizing Shakespeare’s choice, he felt compelled to deny what none of us wants to admit. In other words, Johnson was perceptive enough to understand that Shakespeare was forcing him (and us) to face up to what terrified him (and us): that we don’t truly understand what human life means except that it entails suffering. To return to the comparison to the Book of Job, the ending of King Lear is akin to Job’s encounter with the Voice from the Storm in the book’s final chapters. The Voice refuses to explain why Job had to suffer, though the Voice accepts, even celebrates, the desire for an explanation. As both the book and the play intuit, the very need for meaning, even or especially when none is forthcoming, is central to human experience, at once our glory and our pathos. 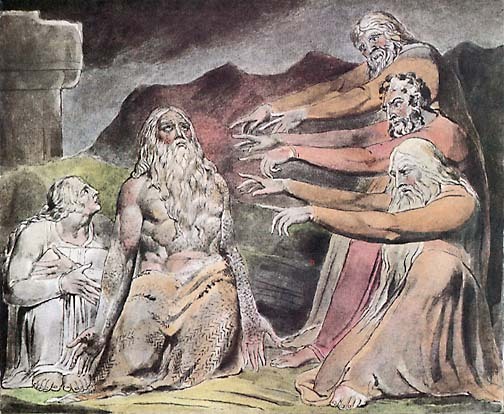 Firsts and Lasts
Please wait while we retrieve your events.