During the past 40 years, GRACE (Grass Roots Art and Community Effort) has developed and promoted self-taught artists, including elders and other underserved populations, through its workshops at nursing homes, adult day centers, mental health agencies, and its gallery in Hardwick, VT. "Amazing GRACE" celebrates these artists and their voices.

Familiar names such as Gayleen Aiken, Curtis Tatro, Larry Bissonnette, Dot Kibbee, and Merrilll Densmore are included in this exhibit, as are works by less known artists.

GRACE began in 1975 at the St. Johnsbury Convalescent Center located in the Northeast Kingdom of Vermont. Don Sunseri, a newly transplanted artist working at the Center provided art materials, encouragement, and a supportive environment, letting residents explore on their own. As a result, they produced a stream of beautiful, often biographical art works. The art was later organized into slide lectures and publications. Since that time hundreds of exhibits have traveled to galleries, museums, and art centers, regionally, nationally, and internationally.

Today, GRACE has blossomed into a small, non-profit organization that now has a staff of five and runs more than 500 workshops annually.

Read a review on the exhibit from Seven Days. 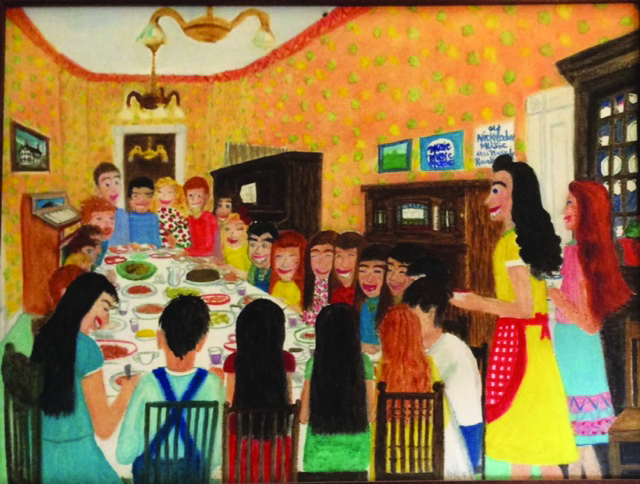 This exhibition is funded in part through support from the Vermont Arts Council, Vermont Community Foundation, Surdna Foundation, and The Courtney and Victoria Buffum Family Foundation .