Hal Mayforth: Subversive in His Own Little Way

The clever and slightly irreverent work of East Montpelier artist Hal Mayforth will inhabit the gallery through the cold and dark months of winter, helping ease a viewer's case of seasonal affective disorder as well as any therapeutic light box.

Subversive In His Own Little Way includes a series of works that have all had genesis in Mayforth's sketchbooks. They include watercolors, abstract acrylics, word paintings, grid paintings as well as humorous paintings painted as self-generated illustration assignments to be sold as prints. An entire wall of sketchbook reprints gives the viewer an idea about how important his sketchbooks are to his creative process and how his daily drawing regimen informs what he paints. 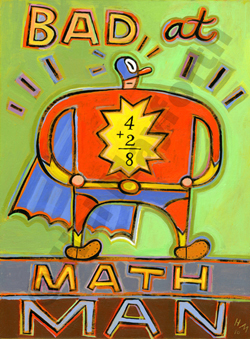 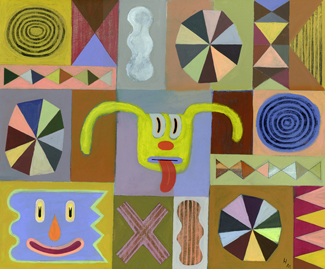 Humorous illustrator and painter Hal Mayforth was born and raised in Vermont. He was lucky to have graduated from Skidmore College with a degree in fine art because he spent most of his four years playing rock and roll in bars. After starting his illustration career in Boston, he returned to Vermont where he lives with his wife and three sons. He has continued his love of music and is the lead guitar player in the blues band, The Heckhounds.

Mayforth's paintings have been featured in exhibitions in museums and galleries throughout the United States, including the Housatonic Museum in Bridgeport, Connecticut; the Berkshire Museum in Pittsfield, Massachusetts; La Luz de Jesus Gallery in Los Angeles; the Sylvia Schmidt Gallery in New Orleans; Montserrat College in Beverly, Massachusetts; the Wood Gallery of the Vermont College of Fine Art in Montpelier; the Virginia Lynch Gallery in Tiverton, Rhode Island; the Furchgott-Sourdiffe Gallery in Shelburne, Vermont; Studio Place Arts in Barre; The Helen Day Art Center in Stowe; and The Quimby Gallery at Lyndon State College in Lyndonville.