Phish in the North Country

Phish and the Flynn Center celebrate the 20th anniversary of the WaterWheel Foundation, the charitable partnership between Phish and their fan community, with a display of posters and show flyers in a special exhibit at the Flynn’s Amy E. Tarrant Gallery. Phish in the North Country is an intimate exhibition of three dozen posters and flyers celebrating the band’s local and regional roots.  The exibition looks at the Vermont band’s 30-plus year history, starting in bars and nightclubs within blocks of the exhibit and growing through Nectar’s, Hunt’s, the Front, the Flynn, Boston, Albany, Saratoga Springs, and throughout the world. This exhibit focuses on “local” shows—those within striking distance for Vermonters—spanning the band’s career. In honor of #WaterWheel20, Phish in the North Country includes special edition posters that have accompanied the band’s various charitable events. Many of the band’s signature and lesser known artists will be featured on works as varied as Xerox flyers for telephone poles to highly collectible fine art pieces.

Special Event: Gallery Talk with Phish Archivist Kevin Shapiro
Join us for a gallery talk on Saturday, November 4 at 1 & 2 pm. Ben & Jerry’s will be offering free scoops of Phish Food ice cream from noon to 3 pm and a limited edition Jim Pollock poster to benefit WaterWheel Foundation is available to purchase. The poster will also be sold at the WaterWheel tables at MSG during Phish’s New Year’s concerts. 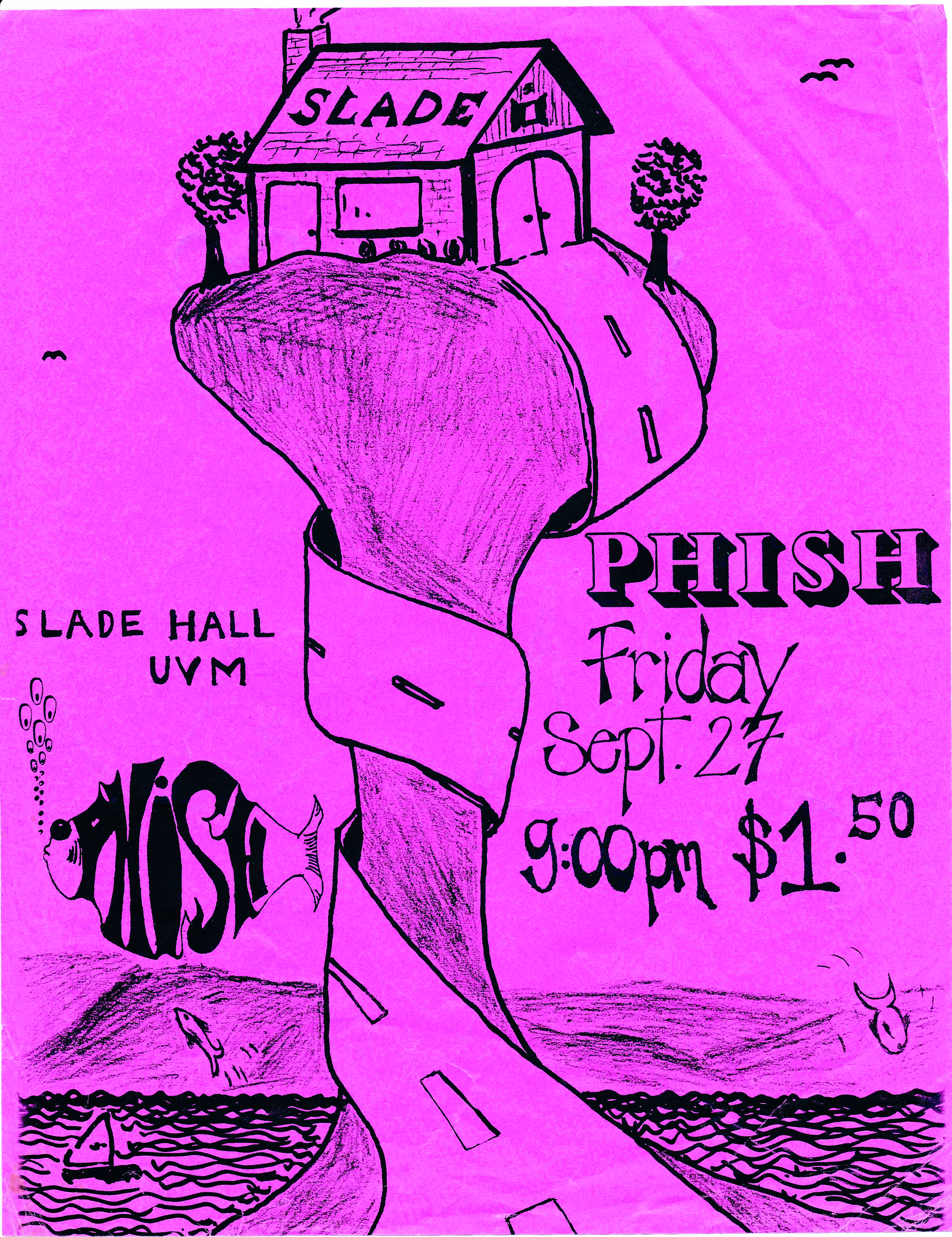